The Dictatorship of Silence 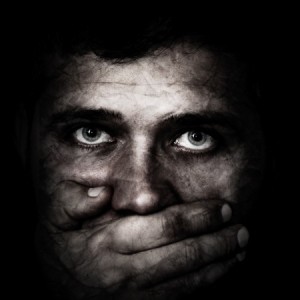 Last week I visited the home of my wife’s family for a gathering of sorts. Present at this gathering were my wife’s younger sister, older sister, mother and father. My wife and I had just been to Mass and were discussing the boldness with which a young priest had declared traditional marriage to be the only true form of marriage. It was this young man’s first homily at a new parish and he was exceptionally nervous but with great bravery he declared the true teaching of the Catholic faith and made known that it is not permitted for a Catholic to support any form of sexuality which deviates from what is ordained by God, namely that marriage is between one man and one woman.

After Mass, I waited for the congregation to disperse and I approached the young priest. I wanted to let him know how proud I was to witness men such as he speaking out courageously, in spite of the tidal waves of animosity and vitriol directed toward those in his ministry today. I asked if he would accept some advice from me on his nervousness, and he humbly replied, “Please, yes.” I said to him “Never be afraid of losing friends. For there is no doubt you will lose some, but you will not lose them all.” He affirmed that it was that very fear which had caused him apprehension that night.

Back at the family gathering, my wife expressed her admiration, but also her empathy for priests who place their popularity at risk through declaration of the beauty of Catholic teaching. She agreed that we need strong, brave masculine priests to lead us in these troubling times. In questioning our conversation, my wife’s older sister argued that no consequences would arise for Catholics or other Christians who objected to the mass acceptance of same sex “marriage” throughout the country. As my wife started to raise her point, her older sister yelled, “Stop, I’m not going to fight,” and the conversation was ended. The dictatorship of silence had settled and although the matter was left unresolved, all opportunity to resolve it had been forcefully shut down. Liberty expunged.

Now this phenomenon was not being displayed to me for the first time. I have witnessed the destructive evil of this new tyrant many times in multiple forums such as at work, in academia, in social circles and on Internet discussion forums. It occurred to me after this particular event that, to some people, there appears to be only two options in discourse: 1. Be quiet and avoid difficult topics, raising only superficial matters or 2. Yell and fight. Like my wife’s sister, it seems to escape many people that there is a third method of interaction, an in between communication, referred to as intellectual conversation where two adults can respectfully disagree and explore together the intricacies of a topic before arriving at a conclusion of either agreement of disagreement. Instead, the greatest fear people have today is the fear of being wrong in their worldview, of being shown to be unwise or unknowledgeable. This fear causes people to become desperate to avoid any form of intellectual reasoning. They use every method at their disposal to prevent logic from exposing their erroneous belief system. They become angry like my wife’s sister, they use humour to evade thought and they adopt silence in hope that the inquisitor will just go away. To them, it is unthinkable that another person’s opinion could ever be considered wrong. No one is ever wrong to them. There are only many opinions, all equally right. So we shout demands for tolerance, the new fake virtue of the modern world. “Tolerate me as I have tolerated you,” they plead. “Judge not,” they scream. “Go away please, just do not show me the lack of logic in my belief,” they mean.

One of the greatest evils of the modern world is the dictatorship of silence. It is the reluctance or outright refusal to engage with others who disagree with you in a reasoned, adult conversation. If you have tried to raise a point in a social gathering and have met with stares, or eyes being diverted to the floor then you have experienced it. If you have challenged a teacher or self proclaimed “learned” man and have met with a lack of response or a quickly changed subject you have been exposed to it. If you have been laughed at, belittled or reprimanded at work for honestly speaking your mind or if you have been bullied by threats, angry outbursts, ridicule or slander on the internet then you have first hand witnessed the new tyranny of the twenty first century. This anomaly results only in the alienation of Truth and is the only recourse of those who cannot back up or defend their false assertions. For Truth will always emerge from honest discussion.

The people who engage in this behavior are blinded by the secular culture, which grips the world. They are informed by a collective mindset and have formed in their minds what they perceive to be an independently chosen position. It is not independently chosen. They derive a heightened sense of self-esteem from being immersed in a group of like mind. They feel safe and supported by the crowd and they feel intellectually affirmed because their position is always agreed with. They cannot tolerate any form of evidence that contradicts their newly formed position because that would mean rethinking their commitment to their new group. It would mean the possibility of compromising their new social standing. It is unthinkable to them that they would face the prospect of giving up that social comfort, of having to disagree with others, causing conflict with people who have made them feel so welcome. They become so emotionally invested in their new friendship circles that any disruption or threat to it must be met with the greatest resistance. The more these people can no longer escape the clawing, scraping persistence of Truth, the more their efforts will escalate to avoid facing the harshness of losing friends, and even family members, merely for having a different opinion. Anger, humour and silence become violence, derision or resentment.

The person subscribing to this new tyranny has much in common with that young priest I heard at Mass, standing on the altar boldly declaring Truth. Both are scared of the consequences, of losing friends. The difference though, is that the priest battled through his fear. He refuses to avoid Truth. He engages it. He will not live an illusion for popularity. He cannot live a lie. It is so important now for us Christians to declare Truth courageously. We need valiant souls, true and convicted, unwavering in opposition. Please allow me to give you the same advice I gave the young priest: Please, “Never be afraid of losing friends. For there is no doubt you will lose some, but you will not lose them all.”