Irish Hippies, Wrapped in the Flag of War 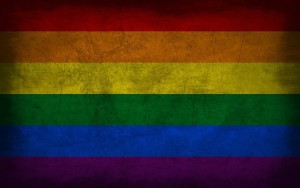 One of the world’s most influential ideological forces to emerge out of the past one hundred years is the hippie movement. It emerged in the United States in the 1960’s and 70’s and its philosophical mass continues to dominate the mindset and mission of most people, organizations, governments and other institutions to this day. Formed as a strong reaction against repressed freedom of expression, the movement generally endorsed, practiced and spread an ideology of freedom to express in whatever form an individual’s emotion moved them to do so. “Freedom” was the catch phrase as people strove to break loose from the bonds of societal expectations such as rules, morals or behaviors. The mantra of the movement implied “I will do as I wish, when I wish, with whom I wish.”

Like most movements it began with good intentions and it is easy to understand why mankind is attracted to the ideal of freedom. Freedom is a beautiful thing and every human has an intrinsic right to be free. However, the hippie idea of freedom is absolute obedience to emotional desire. On the other hand, true freedom is being able to feel emotion and yet with intellectual reasoning having the ability to say yes if the emotions lead to a good or no if the emotions lead to a bad. Emotions, being very human can be misleading. We may desire something very much but that something could be harmful to self or others rather than beneficial. Being unable or unwilling to say no to emotion is slavery, not freedom and that is why hippie freedom is a cleverly crafted lie, which may mimic the good but leads to a dangerous consequence. Let me explain…

From the center of the hippie movement ascended the sexual revolutionary, for in their mind no freedom of expression would be complete without the ability of a person to express their sexuality in any way they felt moved. Instead of sex being about the unity of persons and nurturance of life, sex became about deriving individual pleasure for the self. People sought out sexual sensation and arousal and they wanted it without the responsibility of commitment to another, be that spouse or child. To satisfy this ambition, the idea of contraception was further developed to enable “sex without consequences”. As a contraceptive mentality grew, abortion naturally and intentionally followed to prevent those young consequences from seeing the light of day. Sex became less about the giving of oneself as a life long gift to another person body and soul, and became more about what could be derived from other people for personal benefit or pleasure. Relationships started to become measured by the questions “What use is this person to me?” “Are they making me happy?” “Are they providing for my needs?” On the other hand, questions such as “How can I give myself to make this person happy?” or “Am I giving to this person what they need to become fully human?” declined in popularity because they infringed upon individual freedom. A steady process was set in motion that would gradually lead to extreme dehumanization and objectification.

Throughout the world, hippies graduated to more influential positions in society. They became our politicians, business managers, church group leaders, primary and secondary school teachers and our college professors. Through these positions they began to form the minds of the next generation of young people into accepting this new ideology. No institution was immune. Lay leaders in the Catholic Church began to incorporate eastern spiritualties such as yoga, centering prayer, the enneagram and prayer labyrinths into group gatherings. These practices fundamentally shifted the focus of prayer away from God and more toward the individual growth of the person. Priests and nuns began to adopt the ideas and teach them in their parishes while shying away from or outright refusing to teach or preach objective moral Truths of Catholicism. All this occurred because hippie ideology considered moral Truth a social construct that repressed freedom. As decades progressed it became intolerant to even mention that Catholic moral Truth exists. Those who professed the ancient teachings of Christ through Catholicism were ostracized, defamed and today these brave souls who still speak out receive the strongest vitriolic attacks and even death threats. The circle is complete. Those hippies of peace who formed for the soul purpose of freedom of expression have now become and trained others to become the hippies of war, now stifling and destroying the freedom to voice opinion contrary to theirs with hatred and vengeance.

The hippie ideology was foundational for the growth of the homosexual agenda. This agenda now in full force has as its goal to have distorted sexual behavior become accepted as a good by everyone. Not content to just engage in those behaviors in their own lives, they must have it accepted as good by all of society. Anyone who does not accept homosexuality as a good are pursued with hostile determination and shattered personally and professionally. This was displayed recently in Ireland, with the case of Ashers bakery being sued in court for daring to exercise their Christian voice. Catholic adoption agencies are being forced to close in the United Kingdom, politicians who reject pro-life party lines are forced to resign, and families are being targeted as child abusers simply for raising their children Christian. This situation continues to escalate at a rapid pace and the media in multiple forms continues to portray the sexual revolutionaries as victims and Christians as bad people.

Divorce, separation, infidelity and marital disharmony are all symptoms of the hippie ideology of “free love.” Intimate human relationships have become unions designed only to serve the goal of personal benefit or pleasure and if that goal is no longer being satisfied, the relationship can easily be discarded with little thought for the other. Where once love was a choice to commit to another person in sickness and health, for richer for poorer until death do us part, it is now a commitment only as long as the relationship feels good (or the other looks good). Cohabitation or “trial marriages” became a substitute for real marriage as young men opted for the “get out” clause. They became willing to live with a woman, as if married, but without the commitment, allowing them the option to walk away at any time if the flame of desire fizzled out or if they encountered a situation or event they did not like. In turn, those young men forfeited the very quality that made them men: their inclination to give for their bride even unto death.

Ireland was in no way immune to the destruction of this movement. In many ways, the strong Catholic character of the Irish culture slowed the movement down significantly. However, this has, today, lead to a more rapid and rabid, dictatorial expansion and integration effort by proponents desperate to have Irish society catch up with the rest of the world. The foundations have been laid for decades. Almost everyone in the land has bought into the idea that people should be free do whatever they please as long as they desire it and it feels good. People accept no alternative and anyone who attempts to engage them by arguing an alternative is immediately torn down.

What we have, in effect, is a very real and active war brewing in Ireland. The weapons are words and the destruction of personal and professional reputations is fair game. This war will only intensify. The people who espouse the ideology of the sexual revolution will never stop until their opponents are silenced completely or have accepted their ideas as good. Believe that this May 22nd referendum is only the beginning.

Ireland has a new enemy, which has moved to its shores and has become entrenched in the lives of its people. The old hope we had was Irish openness, the tendency to be willing to listen and engage all thoughts and ideas, to learn. That tendency has all but been eliminated, as the debate now appears closed. Any disagreement and you are labeled a bigot and not worthy of being listened to. Dialogue is only permitted if the side agreeing with the sexual revolutionaries is the dominant voice.

Remember today, my friends, the definition of bigotry: “stubborn and complete intolerance of any creed, belief, or opinion that differs from one’s own” (dictionary.com). Now ponder the question: “Where does bigotry lie?” This Irish age is going to require brave men and women to stand up and fight this evil. Where will it end? The consequences are eternal.

Donate and support our ministry: https://thecatholicirishman.wordpress.com/about/donate

On Gay Marriage: An interview with The Catholic Irishman

A Simple Remedy for the Tyrant in Ireland