Only those who suffer become men 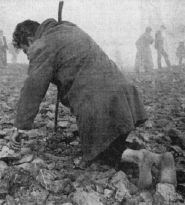 Which of these activities would you consider to be more masculine: an eighty year old man struggling with bare, bloodied feet over rocks and stones to reach the summit of Croagh Patrick, or the man who calls that old man “a fool” and spends most of his time comforting himself in the local while his wife and children wait for him at home?

Who has a greater strength of character: The woman who lives on bread and water for several days as she drags her knees across Lough Derg island or the man who denounces Mass, priests and anything to do with religion while garnering support, laughs and pats on the back from the lads in the pub?

Is it a difficult choice? When put like that, it would seem obvious what the answer is right? However, in our modern world the picture of a human being giving themselves to God has become an image of weakness in a sense and even “feminine” to most men.

In our world masculinity is expressed in many other ways. I have witnessed men randomly starting fights with other innocent people just to impress the other males (and females) in their company. I participated in drinking games and, on many occasions, I sat in the company of people who became victims to harsh, biting conversation from people who may have referred to themselves as friends. In reality, those people had their own interests in mind when they went out of their way to make others in their company feel small or less than them. I also witnessed the effects of infidelity, adultery and chronic pornography abuse, as young men desperately attempted to demonstrate or to just feel what they thought was “being a man”. Stealing, hurting animals, destroying property, extorting, objectifying… all forms of debauched behavior was fair game in the pursuit of showing the world their version of manliness. Through the eyes of hindsight, I see now it was a pathetic cycle, for no matter how much or how often my companions engaged in those activities, the further from satisfaction they fell. Consequently, they also sought more and more self-pleasure as they endeavored to compensate for the obvious emptiness that had grown to consume their joy, to rob them of their childhood.

So today, to any man who would for a second, consider me something other than foolish, I have a message to transform your life:

For some, however, getting to your knees seems to be the most difficult task on earth. The reasons are here presented: Suffering is not easy. It takes courage and strength. It is an alien concept to most modern men. They cannot or will not suffer for others and even for themselves. Prayerful suffering is something all human beings are capable off but in our world with so many technologies, modern conveniences and options for comfort it is an activity that has become one to avoid rather than one to embrace.But why would anyone want to embrace suffering, I hear you ask. Shouldn’t we actively seek to avoid it? 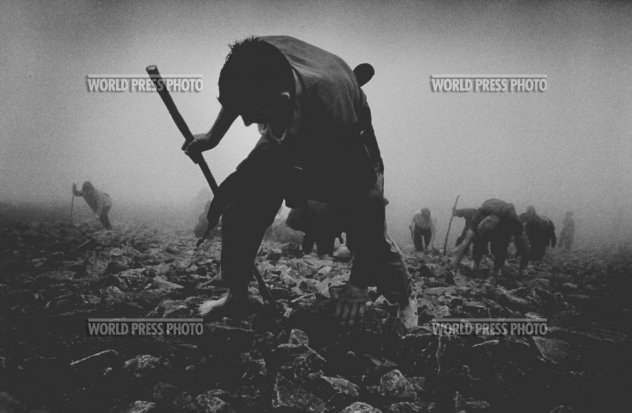 It is true that every time we seek out, for ourselves, emotional or sensory comfort as an escape from the realities of everyday life, we are rejecting suffering. On the other hand, every time we give ourselves for the good of another human being we embrace suffering. Whether you are a father on his knees playing with his child or a nurse on her knees giving comfort to the dying, whether you are a member of Saint Vincent de Paul offering time to collect money for the poor or the teacher comforting the crying child, you can give yourself in small ways for others. Even something as small as a smile can echo in eternity especially if we do not feel like smiling. We cannot avoid the fact that if we give of ourselves for others in any way we make a sacrifice or a little suffering. Saint Therese of Lisieux’s famous words sum suffering up well:

“I prefer monotony of obscure sacrifice to all ecstasies. To pick up a pin for love can convert a soul”

This statement is profound. Therese is a doctor of the Church. But how can picking up a pin save a soul? Well, this is a deep theological reality. Take some time with this paragraph and the concept will enlighten your soul:

Firstly, Saint Paul writes “Now I rejoice in my sufferings for your sake, and in my flesh I am filling up what is lacking in the afflictions of Christ on behalf of His body, which is the Church” (Colossians 1:24). He says that Christ’s afflictions are “lacking”. What could possibly be lacking in the afflictions of Christ Jesus? The answer: Christ is the head and His Church (our Church) is His body. Anyone who receives the Holy Eucharist is assimilated into His body, the Church. If you receive the Eucharist you are a member of His body. This is a mystical and physical reality. We literally become one with Christ when we receive the Eucharist. Therefore, when Christ was nailed to the cross in His eternal act of sacrifice we also were nailed to the cross with Him because we are His body. Secondly, Christ gave everything He had on the cross and so His afflictions could not possibly be lacking in any way. What was lacking was us. We were what was lacking in His afflictions because we, today, refuse to suffer with Him. In the same way as Christ’s ultimate masculine act on the cross accomplished the redemption of mankind, so too do our sufferings, when united with Christ’s, participate in that redemption of mankind. If we refuse to suffer, we are refusing to participate with Christ to redeem mankind. We are refusing to love others by helping them obtain heaven. By suffering, we have the ability to redeem those who are unable to suffer themselves, who are unable to carry their own crosses.

This then, my friends, is why suffering is an act of true love for others. We are literally offering ourselves to redeem nameless and faceless others whom we have never met. We do so because we choose to love. Love is not merely a superficial emotion to make us feel good. Real love is an act of the will, a choice to give of yourself for the good of another, especially those we would not typically be likely to love. When we refuse to suffer for another and we instead seek out an escape to comfort ourselves we reject love. 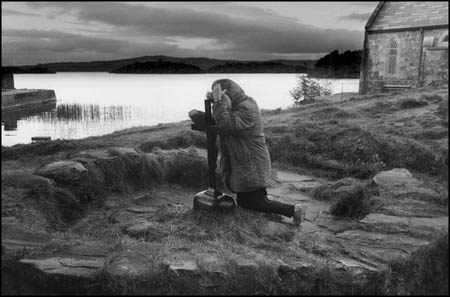 That, in a nutshell, is why suffering is the most admirable of all pursuits. Suffering is not easy. That is why most people cannot accept it and choose instead sensual, emotional comforts for themselves. It is also why so many scoff at the religious in a desperate attempt to justify their choice to reject suffering. It is often the reason why many people refuse Catholicism and why they become so vehemently opposed to it. Catholicism mirrors to them their inability or unwillingness to live up to its Truth.

Catholicism is not easy. It is not for the weak. It can break most men and it will ultimately bring us all to our knees. However, praise your God, praise your King, because it is on your knees in humble recognition of your weakness that you find the answers to everything your heart desires. You will find Him kneeling right there with you, the man for whom all men are made. Jesus.

Now go out into the world and embrace the miracle of Lent.

Maybe it is time to Bring back the Clans

Ireland, Graveyard of the Unfinished Idea