Ireland, Graveyard of the Unfinished Idea 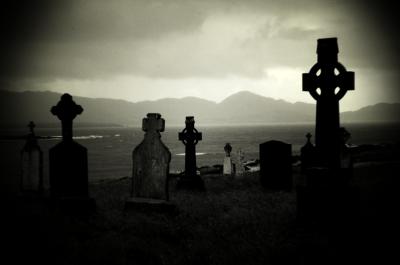 A friend of mine, I will call Joe, is a nurse by trade. He and his wife have a large beautiful family of six children, four girls and two boys. Their family is the pride of our whole community for they are a wonderful faith centered family and they display everything that should be a Christian family. Personally, every time I meet Joe, no matter how tired or busy he feels, he stops what he is doing to hear me. He goes out of his way to give me his time and he never rushes the conversation, allowing it to conclude in its own natural way. He listens and takes time to respond as he draws his answer from the deep tradition of moral Christian truth, his education and experience that he has immersed himself and his family in all their lives. You never leave without the sense that you are a better person for having spoken with him. At Mass on Sunday, it is often his first wish that you join he and his family for dinner that afternoon. My wife and I always look forward to those occasions for the food is generous, the conversation wholesome and nothing gives more peace and joy than when the eleven of us gather around his living room to pray the rosary.

Not only is Joe friendly and inviting but he also displays a fatherly firmness that has a profound effect on those who encounter him. His faith is in no way superficial. In one of our many meetings our conversation turned to heaven. My wife had recently had a miscarriage and Joe, whose father had died several years earlier said “you know I often think about what it will be like the day we get to heaven when all those we loved on earth come to greet us, the child you lost, my father and all our relatives that have gone before us”. Jokingly, I laughed and said, “Yeah if I ever get there”. Joe suddenly became very stern and responded frankly “well you better, I’m telling you that you better, because the alternative is too horrific to even contemplate”. I will never forget that response.

Now Joe, like every Christian or non-Christian, man or woman on the planet, has his faults. One of those, which we joke about often, is his tendency to leave a job unfinished. He is an avid handyman and he loves to tell you about his latest project around the house as he built himself a nice little storage shed or he would be fixing up old cast iron electric saws from back in the day for sale at a pretty profit. Though I know little of these pursuits, I find his enthusiasm fascinating and I love to discover what exactly it is about his work that moves him. When I first met Joe five years ago on my first visit to his home I noticed the banisters of his stairs. They were squared at the top with four jagged edges. I have worked in the world of construction and I developed in my time a tendency to notice things that needed fixing so I pointed out to Joe that jagged edges could pose an exceptional hazard especially in a home of six children all running around and going crazy. It was my turn for being firm. Indeed, with eyes to the ground, Joe admitted to me his weakness that day and vowed that he would get around to rounding those edges soon enough. Five years later the edges remain jagged but the children are fine, healthy and dandy and you can put that down to the power of prayer, I suppose, if you like.

Joe’s ability as a handyman is unquestionable. He has built that little storage shed into a fine illustration of craftsmanship. It still requires painting but you can imagine how perfect it could be with a little finishing touch. His home is three storied where once it was two; his garden has one flowerbed but could do with a few. Still, once again, with a little inventiveness you could see in the minds eye how beautiful the home has the potential to be, and yet it remains a dream unfulfilled. Alas, I have arrived at the point of revealing my point.

Like Joe, our human race appears to be in a similar dilemma. Since the beginning of time we have built great citadels and bastions of brilliance in the form of cities, communities, ideologies, political systems and our love of building ensured we endeavored for larger and greater ideals. We wanted bigger places to live. Our villages became towns and our towns became cities. Our families became communities, communities became counties, counties became provinces and governments became masters of larger and larger groups of peoples. Ideas of individuals became the ideas of the many and philosophies shaped the foundations of our human institutions; socialism, capitalism, conservatism, liberalism, relativism, secularism and ism after ism arose with great promise to the heights of the heavens. Indeed it is not unlike a famous tower of old:

“Come, let us build ourselves a city, and a tower whose top is in the heavens; let us make a name for ourselves, lest we be scattered abroad over the face of the whole earth.” (Genesis 11:4)

Yet despite all these immense efforts, perfection remains elusive and what is left behind are graveyards of lonely, forgotten ideas left unfinished, and therefore, untried. So what is wrong? Why does this happen? Why do we always search for the new instead of finishing what we started? 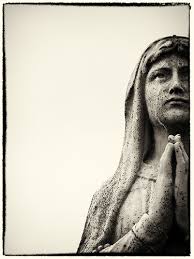 The answer, my friends, is human nature. We humans mess everything up by our inability to be Him, Jesus, the One Creator of all that is good. We come up with these grand ideas, try them, find out we can’t finish them and we give up. Take for example, Catholicism. It is clear that the rejection of this great belief system occurs most often, not because the system itself is wrong but rather, because the people who profess to follow it rarely live up to it’s ideal. In fact, most become so disillusioned by their own inability and the inability of others to follow the teachings of the Catholic faith that they step away from it completely and give up trying. They begin to claim the system is flawed and refuted when really it is the weak humans following it that are flawed and failed.

Ireland cannot give up on Catholicism. We cannot give up on it because we have not yet experienced what the world would be like if we tried it to it’s fulfillment in society. It’s beautiful teachings of virtue and reverence for God have created great saints like Mother Teresa and Saint Pio. Saint Maximillion Kolbe gave his life in a German concentration camp, taking the place of another man chosen to die, because that man had a family. That is true goodness, courage and strength. That is action worth emulating. And let us not forget our Blessed Mother Mary, a woman the Church places above all other created beings. All these people knew the power of Catholicism fulfilled. It would be folly to dismiss our faith just because so many weak Catholic leaders in Ireland have failed to live it.

There are so many people in our media and in secular positions of leadership who mock our faith daily and want to eliminate it from the public. They scoff at the religious and seek ways to distort and silence us. They introduce and attempt to legislate ideas that are the antithesis of Truth and distortions of goodness. As a people we must not allow it. We are for Christ and He is always by our side. These people reject Catholicism and use the scandals of religious to push a total rejection of the faith. However, those scandals were the actions of men (and women) who were not living what the Catholic faith truly is. Catholicism has never been successfully fulfilled on earth. It has never been properly attempted and we must keep striving for the ideal.

Let us not seek for new culturally popular fads and untried belief systems concocted by smiling liars. Let us hold fast to the rock of Christ, Saint Peter, His Church. We know it works because Christ is its head. Let us finish the job`. Let us carry our cross to the hill of Calvary with Christ and in union with Him utter the words of true peace – “It is finished” (John 19:30).

Only those who suffer become men

On Gay Marriage: An interview with The Catholic Irishman